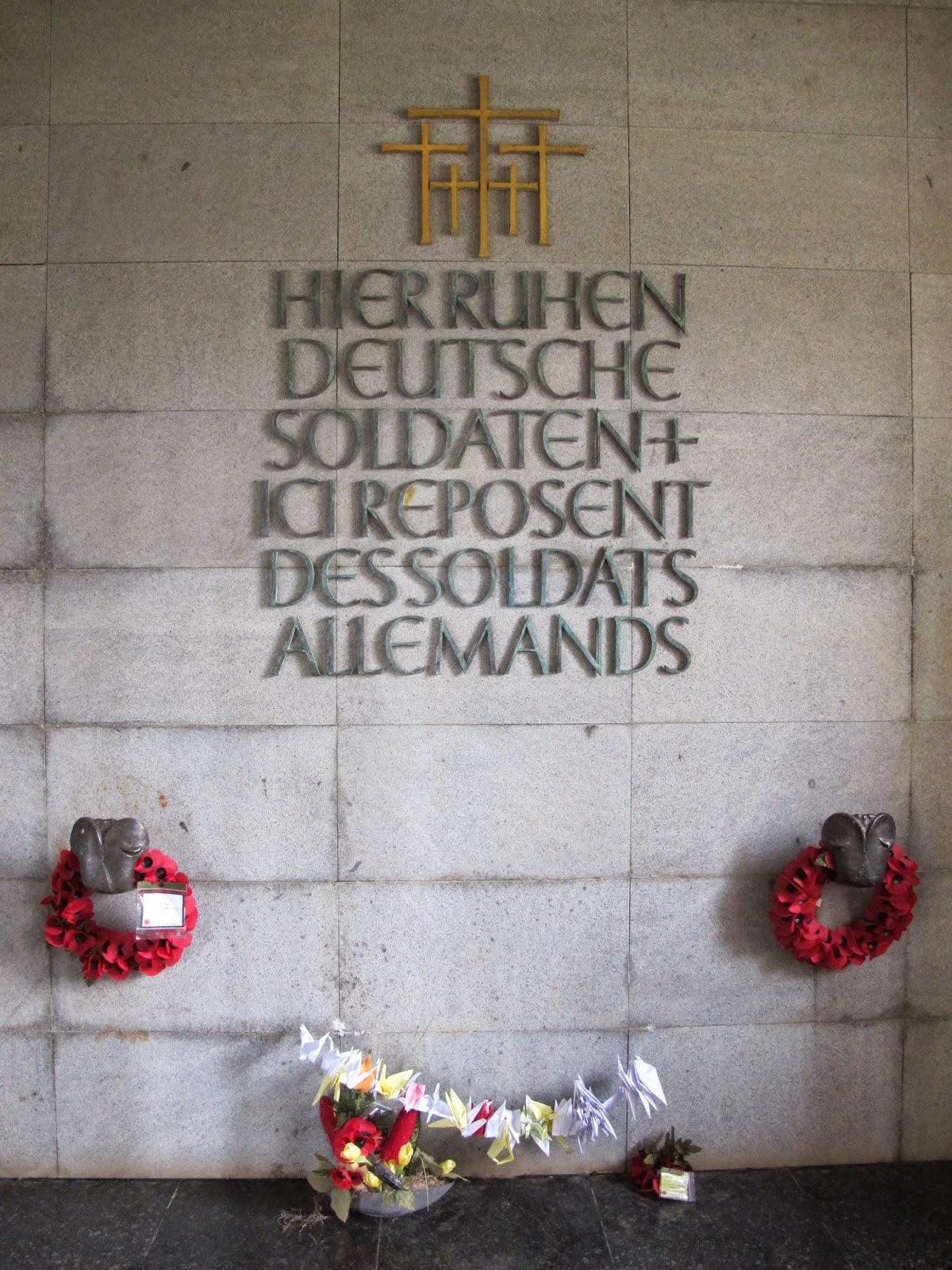 I have given many different gifts in my lifetime. But the best gift that I ever gave to anybody were the photos that I gave to my father-in-law.

He was staring at the photos, watching them carefully and kept saying: "This is incredible. This is incredible. I never thought I will see the grave of my brother."  He was deeply touched. And happy to see the photos. And sad when he thought of the brother he lost 70 years ago.

I had to explain how I got the photos. And I told him that I have a friend in southern France that has a friend in Normandy who took the photos. He said to tell thank you to both of them.

***
My father-in-law is a quiet man, he doesn't talk much. But just before I posted the first post he told me a story (not even his son =my DH  knew it). 10 years ago he went with his wife to organized excursion with a tourist agency for couple of days in Normandy. In the program there was also a visit of the graveyard of American soldiers. He asked if it is possible to visit also a German graveyard, because he has a brother there. And he was promised that it was possible.

But when they were in Normandy, some of the passangers refused to visit the German graveyard. So my father-in-law could not visit the graveyard, although he was only few kilometers away.

When my father-in-law told me this story, I was deeply saddend. How could be the people on the bus so selfish and unforgiving? How could they not understand that it was not his brother's choice to join the German army? It was war. Our country was occupied by Germany (the large part of it). So - his brother did not have any choice.

***
And that's why I am even more grateful - that there is a kind hearted Irouwen from France, who visited the German graveyard and took the photos.

***
My father-in-law has terminal cancer, it was discovered only two weeks ago.  So that's why those photos mean even more to me. And to him.