New rooms: A guest blog post from Lilly from Germany 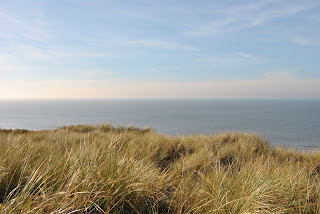 written by:  Lilly from Germany

If you look at it from the outside nothing has changed from the Before. We are still here.  We are still two. Everyone around us became many.

I somehow assumed that it was kind of natural that at some point, we would be three or four or even five. But the past has thought me that nothing can be taken for granted. Now it is us, trying to feel home in the new Two.

For quite a while I assumed I could just keep going and life would still be and feel the same. Like it was during the Before. During my time in ICIS treatment, I answered once to one of my doc’s questions, why I seem to go through this so rationally and clear, that one reason could be, that I am familiar with being just two. Many people say that they “cannot imagine being just two”. Well, I can, because that’s the only thing I know, the only constellation I am familiar with. Being just two.

Over the time I realized, that being two in the After isn’t exactly the same. I know being two in the Before and the In-between with the perspective of becoming three. But to be honest, I don’t have a clue how it is to remain as two.

We are not the same either. We have changed, I have changed, my perspectives on life, my feelings, suddenly new rooms open up, rooms I don’t know yet, empty ones. It feels like moving into a new house without even owing any furniture for it. Everything is new, different, there are even rooms without a name yet.  Now it is up to us to decide how we want to “furnish” ourselves.

There is the new room Friday night for example. In the time of the Before a Friday evening was predestined to going out for dinner, meeting with friends, going out at night, and probably sleeping the next day. Or having tons of things to do.

During the In-Between Friday night meant for me going to bed early, taking a breath, trying to get through everything somehow, to recharge my batteries for what would be coming up the next week. Sadness, hope, worrying, again sadness. I kind of dived into standby mode every Friday night.

Being in the After?

I'm not as exhausted as I was for weeks, months, almost years in the middle of it all. I don't need that many rest breaks anymore, because the greatest of all efforts, the hamster wheel has been over for some time, and I slide into what is the After.

I ask myself, what do other people do Friday night? Bring the kids to bed, think through the upcoming weekend? The older one needs to go to soccer training, the little one wants to meet a friend, the next children’s birthday will come up soon and the grandparents also want to be visited. One is busy.

I could keep myself busy, the bathroom needs to be cleaned again, I need to get groceries, but besides that?  The perspective of going out to eat with friends hardly exists, because our friends are almost without exception busy with the fact that the little one doesn't feel like brushing her teeth and the older one wants to hear a bedtime story.

It feels so empty. That new Friday night room.

The Friday nights from the Before fell so shallow, so little colored. Do I really just want to go out to eat, drink wine, party? And if I wanted to, who would join?

I try to think about little things on Friday night. I feel that I regained my ability to concentrate on just one thing again. During the In Between that wasn’t possible.  I discovered books again. I enjoy going for a long walk at the river, riding my bike through town or sitting outside on balcony in the sun so much more than I did during the Before.

Most important of all, I feel how wonderful and precious the time is, I spend with my husband. The two of us, having dinner together on Friday night, telling us about our week, how we feel, what makes us happy. We have this new thing now, every night and especially on Friday nights, we tell each other at least one thing that was good that day and made us smile.

I try to consciously feel the moment, the free time I am having with the luxury that I do not have to fill that time with organizing family members or others. I have the freedom to do nothing. Or anything.

I can just try to be. In the moment.

With the little things, the big ones might follow. The Friday night room is getting some colors.

I will just keep going. 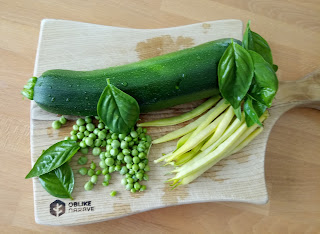 I recently had my birthday. I got many kind wishes, I was glad to see how many people remembered.
But there was one phone call from a coworker. She is nice, but somehow she always manages to say something strange. She wished me many good wishes and above all she wished me that I would be happy (it is difficult to translate - but the choice of her words implied that she thinks I am not happy now).
I thanked her for good wishes and added that I already am happy.
She replied: "Then I wish you were happier."
Happier?
Looking from her point of view - she has two healthy smart boys - I can imagine it is difficult to understand how anyone could be happy living a childless life.
But what means being happy? Is it possible that the concept of happiness is overrated?
Am I happy? I am not sure. But what I am sure is that I am content and I love living my quiet peaceful life. Enjoying many different things. Like picking up many vegetables and herbs in my garden and then cooking a delicious meal from the freshest ingredients possible.
(I took the photo above yesterday.)
A dear pen-friend of mine told me this week the statement her mother often told her: "doing less but enjoying it more". I love her mom's statement so much so I am sharing it with you. I find this statement very true also for my life. Enjoying simple things in life.
Posted by Klara at 10:27 AM 5 comments: 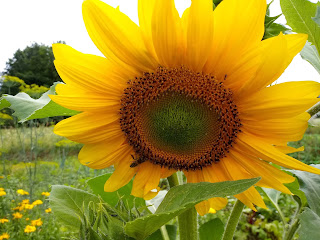 Getting back to work after not working for almost a year wasn't easy. But it is lovely to be back in busy life (and it is great to receive full pay again :)

I have been doing well lately. The little time that is left available I use for gardening (in my veggie garden), swimming and cycling.

But there is always something that reminds me that I am different.

I was invited to co-worker's party - she recently moved to a new home and at the same time they got a second child. So there we were: picture perfect family with two toddlers and 8 of the coworkers. I didn't really want to go, but I didn't want to be rude to decline the invitation, so I went. Chatting with children and their mother was the easy part.

But then another coworker (a man in his late 30s) started a speech. It was a kind of poem / a toast to the hardest role of all: a working mother. Since she is not only a mother, she is also a wife and besides all those roles she also has to be an efficient business woman.

When listening to this silly speech (all others thought it was wonderful) a known pain overwhelmed me.

If they only knew, how hard it is to be an infertile woman in the fertile world. How hard it was to be a loving wife when my soul had been broken into million pieces. How hard it was to go to office every day and work when I was so sad that I couldn't see any purpose in my childless life any more.

It breaks my heart when I look back to the darkest days of my infertility - when I started to realize that the dream of motherhood would never happen, no matter how many IVFs we take.  The sadness was so deep that it is difficult to find the words to describe it.

Looking back, I see what a long path I have walked. How much strength I needed to rebuild my life and find my own version of happiness.

Yes, I will always be different. But how boring the world would be if we all were the same :)

PS:  photo was taken today, on my vegetable garden. I love having flowers among vegetables. This is the very first sunflower this year. 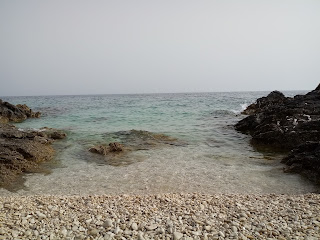 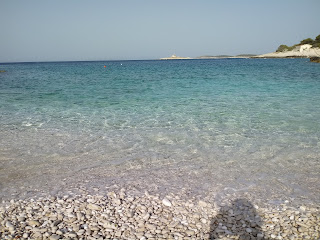 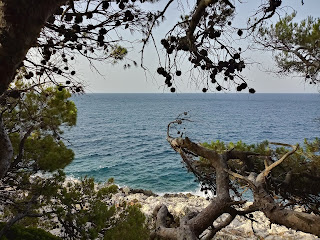 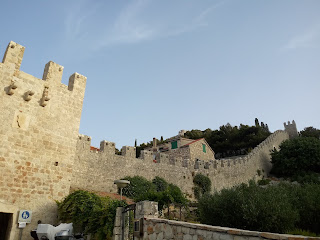 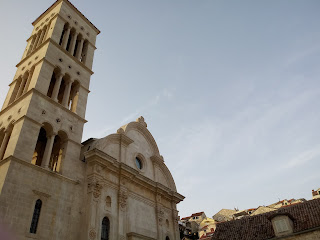 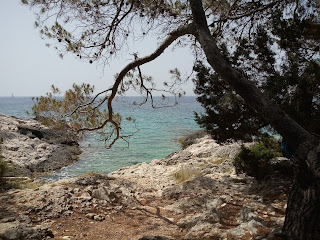 Now also my husband is fully vaccinated, so we were able to go on our first holidays since the pandemic together. We have chosen this beautiful island: https://visithvar.hr/

I am sharing some of my favourite photos with you.

It was just perfect to swim in crystal clear warm Adriatic sea. We both love Dalmatia so much (especially the islands).