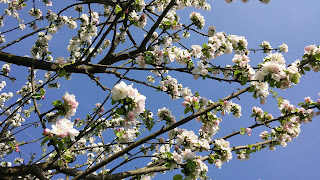 I know I have on my blog lots of readers from German speaking countries. Would any of you - who is fluent in German - find half an hour for me over the weekend to check some German grammar for me?

I have been learning German together with a teenage boy...  I have learnt so much just by teaching him!  Now the stuff is getting already a bit difficult for me, so I would appreciate help.

If you can help me I would love to get your contact to:  klara.soncek @ gmail.com

PS: To say thank you I can invite you for delicious coffee and home made apple pie (from the apples from the tree above)... whenever you are driving through my country.

PPS: usually I asked for help a dear bloggie friend of mine. But since she has been busy with her studies I thought I could bother someone else :) “God save me from perfect strangers who feel obliged to chat with us and so transparently barrage us with feigned interest. Loneliness can sometimes feel even worse when you’re with other people.”
― Hendrik Groen, The Secret Diary of Hendrik Groen


I have just finished reading this diary. I loved it.   It made me think what I want of life when old.

Photos from short holidays on the sea 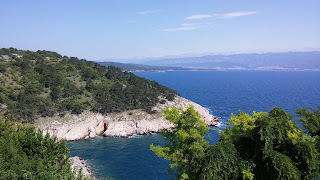 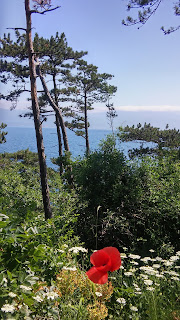 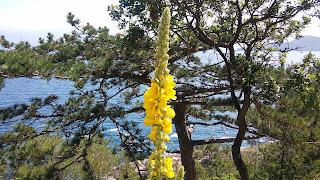 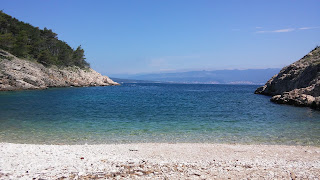 I've just come back from short mini break. We were on the island Krk, Croatia.  Everything was just perfect (except terrible traffic jams to reach it). We even swam in the sea!

As long as I remember, I have always seen me in a future life surrounded by children. Having children was not a wish, it was an evidence about which I didn’t even have to think. The desire to have children arose only because what I had imagined didn’t come true after some time. It is as if experiencing infertility had woken me up. Something in me got broken, resulting in the end of what I would call an age of innocence. Even if life does offer us a child one day, infertility has forever made me into a different person and I see life through a different lens.

Now for me, the world seems to be split into two parts. Not between parents and non parents, but between people for who having children is the most natural thing on earth and those who had to acknowledge that it is not so: on the one hand, a majority of naive people, parents and non parents alike; on the other hand, a silent minority, infertile people as well as very few of their relatives and friends. Only this silent minority can see that the way to parenthood is uncertain, paved with fear, pain and loss.

Incredibly enough, the first group is totally unaware of the existence of the second one. Of course, everybody knows that something called infertility exists, but this knowledge is very theoretical. Most people think it is a temporary condition which can nowadays be solved with the help of medicine. Very few suspect how deeply the experience of infertility can change a person and affect your being, your feelings, your way of thinking and acting.

On the other hand, infertile people are quite often unable to identify who is on their side. While parents naturally form a group, meeting in places like schools and playgrounds, benefiting from legitimate privileges organised by the society (whose interest is to perpetuate), infertile people have to overcome huge barriers to get in contact with peers in their daily life. Indeed, parents can for obvious reasons find each other easily, but how can a group come together based on something its members are missing?

The burden of infertile people is so heavy because they very often have to go through profound grieve, experience loss and shattered dreams alone. They are facing the disbelief and the inability to understand of most of the people around them, and unable to identify people suffering the same pain. From my experience, the only meaningful help came from online communities. Various inputs from all over the world gave me the strength to think of a fulfilling life without children.

I had lunch this week with several colleagues. One of them will get married soon and wants to keep her birth name. Another colleague told her: “Anyway, you are only delaying the question of choosing between the family name of your husband and yours, as it will arise again when you will get children”. I thought this was a perfect illustration of these two worlds. I would never utter such a sentence. Maybe my colleague doesn’t want children, or she already knows she cannot have her own. But for the other colleague, there is neither a doubt about the fact that a married couple wants children, nor is there a possibility that this desire may not be fulfilled. I try not to judge these people too harshly: I used to think like them. But I wish that one day, infertility will get the awareness it deserves and that more and more persons will have consideration for the sensitivity of those who are facing this very existential crisis.

Taking care of myself

Reading her story I realized that in the past 15 years of my life with infertility, there have been like hundreds occasions like that one. And not even once was I saved by a kind coworker! Nobody noticed my pain, my sadness.

Or perhaps they did but just didn't care.

I loved her coworker's advice about taking care of yourself. I think that for the last few years I have been doing that pretty successfully. 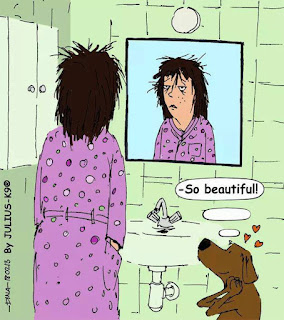 A dear pen-friend of mine who owns a great dog, just like me, sent me this image that made my day.

My beloved dog thinks I am perfect. It is time for a long Sunday walk with him...
Posted by Klara at 12:29 PM 3 comments:

A friend of mine told me years ago a story about her beloved aunt Mila who was childless. She and her cousins adored her since she was always an aunt who did fun things with the kids.

When she died (aged around 83) her nephews and nieces talked about her. One of them said: "Can you imagine how would it be if she had children of her own?" And all of them replied: "No, it would be horrible... she wouldn't have any time for us."

A friend of mine told me this story when I was in the darkest years of my infertility. I hated the story. And I hated her for telling me this, I found it very selfish.

Now I think this is one of the most beautiful stories I have ever heard.

Sometimes I change the names for the blog. But Aunt Mila's name is her real name.

***
I have just noticed that I have a new FB request for friendship. I checked and it was my best friend's 12-year-old son. He added first his parents, then two cousins. And the fifth person am I! How cool is that!  I love being an aunt figure also to the kids who are not family.

***
Other lovely story from few days ago. I visited a coworker of mine, I planned to stay there only for five minutes... she brought me something from work that I needed. She invited me in and also her 7-year-old girl joined us. After few minutes she asked me if she could read a story for me.So she read the entire story ... it was just priceless. The child's mother commented that I have beautiful energy that children love.

This compliment made me think of Dolly Parton who said: "God has a plan for everything. I think it probably was his plan for me not to have kids so everybody's kids could be mine."

And it made me think of aunt Mila. 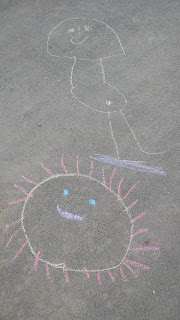 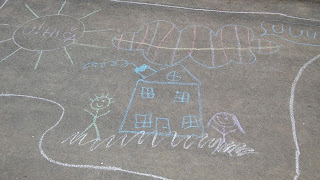 I invited my nieces and nephews to visit our new house (in construction). I asked them to make a painting in front of the house and here are some of the paitings.

I love the first one which was painted by two six olds. The niece painted the sun. The nephew painted me. And he proudly commented: "This is you, walking on the sun." How cute is that!

The second was painted by an eight-old niece. It is lovely to see my husband and me and our house under the bright sun :)