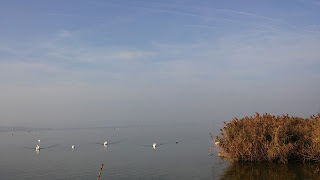 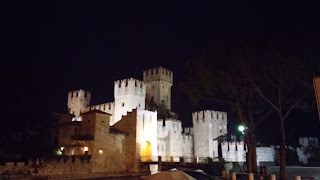 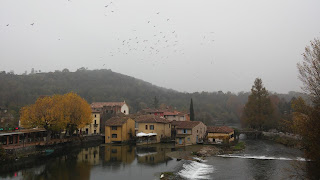 Lately I have been quite happy at work. Especially since my work brings me to places that I wouldn't visit otherwise. I spent majority of this week at beautiful Lago di Garda / Lake Garda. Attached  photos: the Lake / Sirmione Castle (at the Lake) and from a small village closeby.

The old kind man from March's post invited me for a long walk, but I declined then since I didn't have time because of fixed meetings. I promised that whenever work brings me to Lake Garda, I will phone him. So I did.

He took me for a short visiting tour of the lake, for a walk and for dinner.
It felt good, talking.

At one point, during the dinner, he said: "We are the same, you and me. Neither of us has kids." And then he started to talk about his regrets because he is childless.

Later on, I still kept thinking about his comment. And what I really think is that we aren't the same at all.

I spent a whole decade regretting not having children. But now I am done with regrets. I did my best to get a child, but it wasn't written in my destiny. It was not meant to be. What should I regret?

While he... this is another story. When he was young, his girlfriend got pregnant. And he told her that he wasn't interested in having a child. So she just disappeared from his life. She moved to another country. He always assumed that she had an abortion and moved. But he isn't sure.  He never tried to find her (until now).

But if the girlfriend didn't have an abortion, his child would be more or less exactly my age. Perhaps I remind him of a daughter he never had.

I really like him. But  I am afraid he is slowly loosing his battle with the cancer.

I am sad for him. But in the meantime I was reminded (again) how fragile life is. And how I have to grab bits of happiness wherever I can find them.