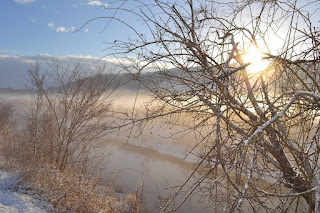 At the end of last year, I asked the readers of “Elaine ohne Kind” (literal translation from German into English: “Elaine without child”) if there were any topics that they would like me to cover. One of the suggestions was grief in a relationship. I was asked whether there were any differences between my husband’s grief and mine.

I thought about it for a while and then discussed it with my husband. This is what we came up with in the end:

General remarks
I will say it right away: Yes, there were differences between my husband’s grief and mine! Of course, I cannot speak on behalf of all couples. Every person and every marriage is different. Yet, it seems very likely that husband a wife do not always grieve synchronously. Why?
There are differences
- in character,
- of the physical sort, because man and woman obviously have different reproductive organs,
- of the medical and psychological kind (if the cause of childlessness is clearly diagnosed for only one partner),
- in the history of each individual (Have I grieved before in my life? This experience is different for each person and can influence the way we grieve),
- but also in the context of society!

Our experience
My husband is a pragmatic person. Mostly, he does not ask himself how he feels. When I was submerged by grief, he knew that I needed him. He offered a strong shoulder to lean on and tried to console me as well as he could. There were times when he seemed stoic. Very calm. Meanwhile, I felt as if I was in the spin cycle of a washing machine ;-). Sometimes this made me angry because it looked as if my husband was actually not that sad. As if he was able to deal with it all so much more easily than me. This made me feel very alone in my negative emotions. And that was no fun at all.
Then, when I started to feel better, I realized that my husband was grieving, too. All of a sudden, he started to show his feelings. Maybe it was only then that he actually allowed himself to really feel them.
Recently, we had a discussion on this subject with friends of ours. They suggested that maybe there is always one “strong” person in a relationship, while the other one goes through a crisis. This might be a mechanism to secure the balance in a couple. It is possible that our marriage would not have tolerated both of us going through deep grief at the same time. Maybe it is not such a bad thing if husband and wife take turns being strong for each other. Of course, we do not know if other couples have experienced the same as we have ;-). But this describes quite well how it was for us.

If you combine this aspect of timing (or taking turns) with the differences listed above, it becomes clear that the grief of being childless can turn into something quite complex.
Differences in our character led me to try and process my grief by reading books on this topic, talking about it (a lot) and eventually by blogging, while my husband did not have this need at all. Until today he is not interested in writing about childlessness even though he strongly supports my writing! He does read my blog, but other than that he does not think about it very much. There are so many things that appeal a lot more to him. He loves topics that touch on society, economics and education. There are a thousand possibilities for a person who wants to make a difference in this world. My husband does acknowledge his own grief, too. But he does not pay that much attention to it. He looks into the future and pushes forward. I may do that, too, but not quite as fiercely. Yes, I go to school again because motherhood did not happen. I do think about what I want to do with the rest of my life. But grieving the children I will never have did make me turn inwards and learn a lot about myself, too.
I probably do not have to say much about the physical differences, do I? We all know what happens when “aunt Flo” visits, don’t we? The emotions that come with the shift of our hormones in the course of our cycle… This constant physical reminder of what will never be is reserved for us women.
Now to the medical aspects: I suppose that the person who was diagnosed with infertility (if it is even known) could feel the need to reflect on his/her manliness or femininity a lot more. Maybe not all of us do, but I can easily imagine that. There could also be feelings of guilt or fear because our partner might actually be able to have children with another man or another woman.
Grief can trigger old grief, too. For example, the heartbreak of a failed relationship in the past. Every person has its own individual history that possibly influences its grief when fertility treatments are not successful.
The social aspect should not be neglected either. While I seemed to lose some of my friends to motherhood and some other friendships never even had a chance to grow because it was too painful for me to be around pregnant or breastfeeding women, it was different for my husband. For him, life seemed to go on as if nothing had happened. I once asked him about it. He said that children are not that much of a topic in men’s conversations. He continued to go out for lunch with his friends even if they had just had their third child. Maybe they talked about the kids for two minutes, but then the conversation would pass on to other things. This is very, very different for women! Which –unsurprisingly – also influences the way we feel when parenthood does not happen.
Finally, I would like to mention that my husband not only grieves differently, but he also grieves other things. We once drew a diagram with circles and arrows to visualize the aspects of parenthood that would have been important to us. While pregnancy, breastfeeding and the physical bond to a baby was important to me, my husband regretted not being able to pass on his wisdom and knowledge to his children. He will never be able to teach or show anything to his children. This is an aspect that I did not mind that much, at least at the time.

Conclusion
Now I have listed many differences between men and women. These can feel divisive, especially when you are not feeling good in the first place. It is therefore very important to respect each other and try to communicate carefully, no matter in which way and at which “speed” we grieve. This may be a bit of a challenge. At the same time, this can bring a couple even closer together.
I would like to emphasize that it is no shame to seek grief counseling! In our last cycle at the clinic, I asked for the phone number of a psychologist specialized in this field. A few months later, when I felt that my need to talk about my grief became too much for my husband, I contacted her. I never regretted it. There was something very soothing about these conversations with my psychologist. The perspective she had from the outside de-dramatized the situation considerably. Yet, she did meet me with the understanding and empathy I needed. After all, she was familiar with situations like mine. This gave me a feeling of safety. Having someone accompany you in your grief is not a sign of weakness, but shows that you want to learn from this person’s wisdom and experience. Which at least to me always seems a good idea!
There is no “right” or “wrong” in grief. I would not even say that my husband is grieving “less”. He just grieves differently. And that is okay.
What is your experience with grief in the couple?